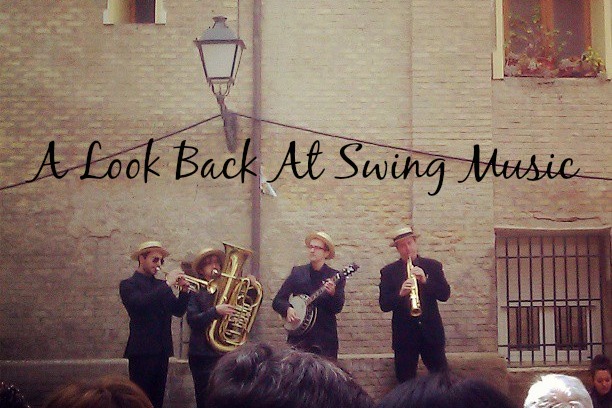 Americans love slipping on their dancing shoes and moving to the beat of a soulful swing music performance. But did you know jazzy tunes have a much deeper history and meaning than the playful, full-of-life sound we associate them with today?

Jazz swing certainly has a fun-filled flair. But to understand how the genre reached widespread acceptance, let’s take a trip back to the very beginning – when times were tougher and tensions were high. Let’s uncover the truth about the jazz music we’ve all come to know and love.

Jazz Swing helped ease the pain of the Great Depression.

The Great Depression wreaked havoc across the United States from 1929-1939. Money was limited, tensions ran high and few people were exempt from the pain and strife of living in true poverty. Throughout much of the Depression, sad music was a staple. It helped people cope and make sense of each other’s struggles. But eventually sufferers became fed up with the overwhelming feeling of hopelessness, specifically the already oppressed African-American society.

Thus, one of the earliest forms of swing music was born. The happy, upbeat tunes were a hit amongst people of all races and backgrounds. People were suddenly feeling happy again.

The African-American society used swing music as an outlet to express their desires of racial equality and hatred towards the harsh oppression they had faced for many years. And although true racial equality was a far way off, people from all walks of life couldn’t resist the catchy, lively swing tunes they heard. In many ways, this seeming acceptance of the genre is arguably one of the first glimpses of eased black and white tension. Blacks were making the music, and whites were loving it. There seemed to be a vanishing hatred where the music was involved – at least to some degree.

Although Hitler himself wasn’t shy about his dislike for swing music, member of his Nazi regime used the genre in their World War II propaganda tactics to persuade neutral states to join the fight.

The saxophone was not originally a Jazz Swing instrument.

Most people would assume the saxophone has always been a player in the swing music game. But the popular instrument didn’t find a true place in the genre until 1920 when the Six Brown Brothers earned fame and brought the saxophone some much deserved national attention.

Many of America’s most famous dance moves came from the Jazz era.

The Charleston. The Tango. The Trot. The Shimmy. These dance moves are as a much a cultural statement as they are fun way to boogie the night away. And guess where they all originated. That’s right! The swing music era.

What swing music history facts do you find most interesting? Share with us in the comments below!

If you’re looking for a great band that can make your wedding reception one that anyone can enjoy, consider The Classic Swing Band. For more than 10 years, The Classic Swing Band of Dallas has offered some of the best live entertainment for a wide variety of events and programs. Whether your event needs a small ensemble or a full big band sound, The Classic Swing Band has the professionalism and “class” that will be a welcome addition to any function requiring real live music!